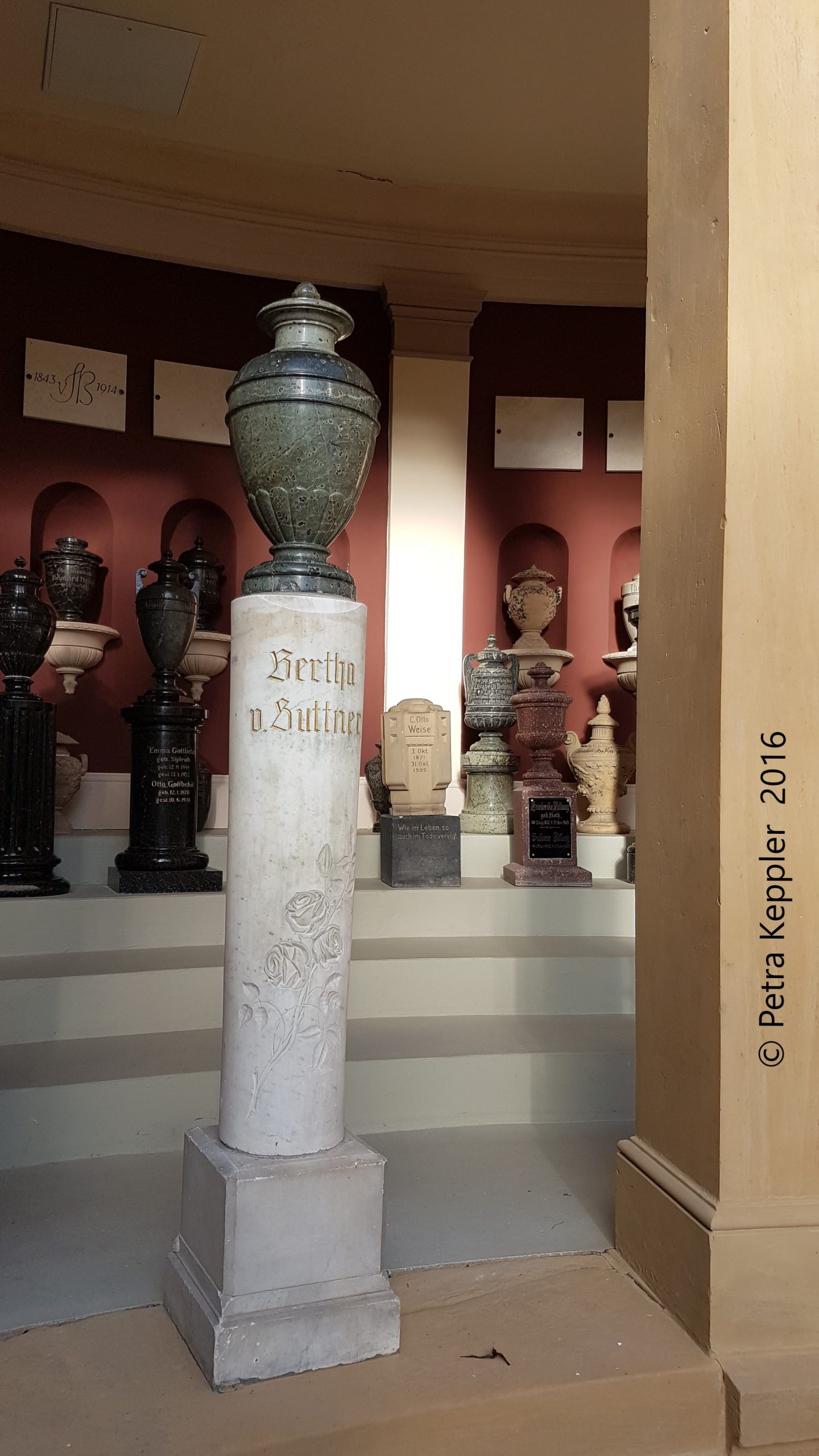 Bertha von Suttner was a member of the Austrian association “Die Flamme” which propagated cremation (as cremation was not  permitted by the Catholic Church until 1963).The urn with Bertha’s ashes is kept in the Columbarium of Gotha (a medieval city in Thuringia, in east-central Germany). Petra Keppler and Jos Verhoeff visited the famous columbarium during the summer of 2016.

Arthur Gundaccar von Suttner, beloved husband of Bertha, died on 10th December 1902. She took his body to the columbarium in Gotha, the first one in Germany and continental Europe, since cremation was not possible in her own country, the Austrian empire. After the cremation on 16th December, she returned to Schloss-Harmannsdorf with the urn containing her husband’s ashes.

According to Brigitte Hamann’s biography(*), Bertha von Suttner wrapped the urn in a black cloth and in the middle of a heavy snowstorm took it to Sonnwendberg . It took the party (the widow Bertha,  Arthur’s sister-in-law Pauline and niece Marie Louise) many hours to get there, and the three of them buried the urn on the hill. It seems that the site was destroyed in WWII by Russian troops.

Memoirs of Bertha von Suttner, the records of an eventful life:

On the tenth, after an hour of agony, and after he had called my name, My Own, my very Own, breathed away his precious life!

Maria Louise, Sister Luise, Pauline, the two physicians, and I stood about his deathbed – endlessly sad and tragic hours…

Then followed  the days and nights of the death-watch.

So lovely he lay there with his own characteristic smile on his cold, ice-cold lips, which I could not kiss often enough…

On the thirteenth solemn service for the dead;  the weeping inmates of the house  and the  villagers; – the mourning guests. We accompanied the coffin to Eggenburg. On the fourteenth the journey to Gotha. On the 16th the flaming pyre!