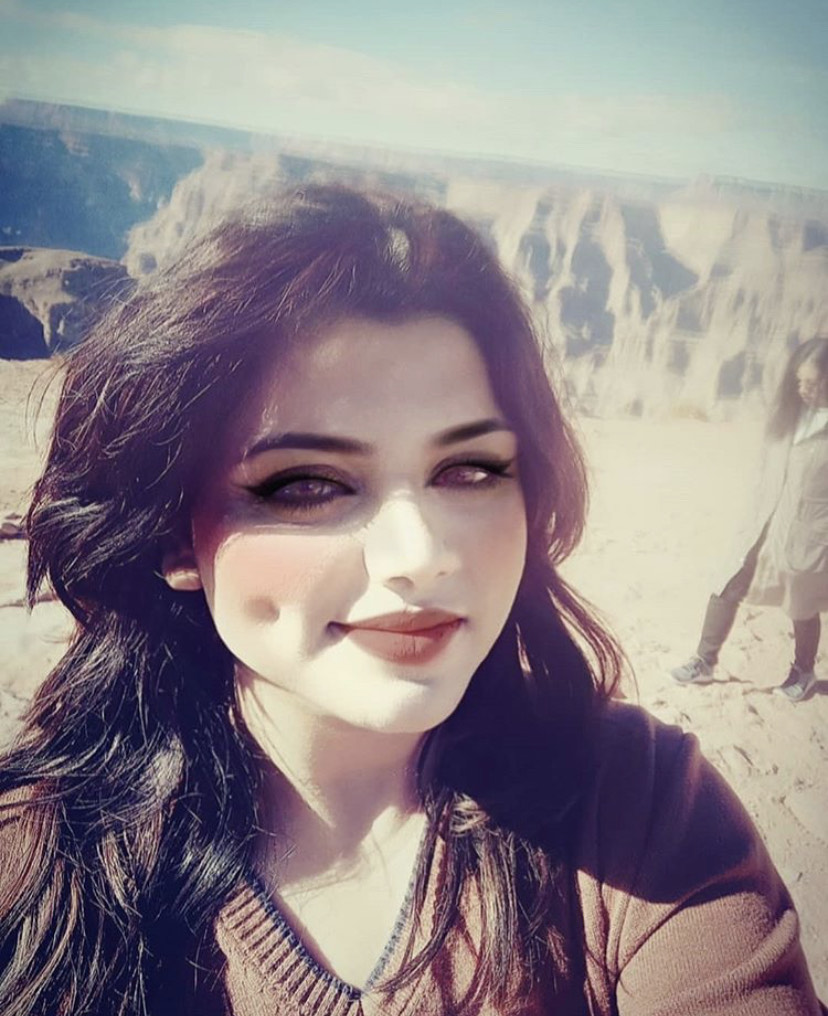 My hope in writing this article is to inspire women to rise up, to come to the forefront of all human affairs and help eliminate weapons from the world. Our world will know peace only when its people regard others as part of one world family, in which each member instinctively reaches out to the others with love and respect. Thus, for me, Bertha von Suttner is the laureate whose life story most demonstrates the values of the Nobel Peace Prize, which is essential for making any meaningful progress towards abiding world peace. My peace activism is nothing, but a reflection of her teachings. Can you imagine? How an Indian girl born in Northern India was introduced to her work in the first place? Well, because of my firm belief that the whole world is one family and we share the same universal values.

The first woman to receive the Nobel Peace Prize was Baroness Bertha von Suttner, a Czech-Austrian pacifist, journalist and novelist. Born Bertha Felicitas Sophie Kinsky on 9 June 1843, in Prague, Bohemia, she was the daughter of a distinguished Austrian lieutenant general. Bertha was the second woman to win a Nobel Prize – Marie Curie being the first, two years earlier in 1903 – and the first Austrian Nobel laureate.

In 1876, with her employer’s encouragement – and upon being persuaded by her friends – Bertha responded to an advertisement in a Viennese newspaper from Alfred Nobel. The advertisement (which did not reveal his name) read, ‘A very wealthy, cultured, elderly gentleman, living in Paris, desires to find a lady also of mature years, familiar with languages, as secretary and manager of his household.’  Bertha’s knowledge of languages was her forte, and, with her good breeding and intelligence, her selection was all but assured. She spent only about a week in Paris, returned to Vienna, married secretly and then went with her husband to Georgia in the Caucasus for the next nine years.

The period, 1876–85, was marked by political upheaval in the region and, indeed, throughout Europe. Bertha’s husband Arthur Gundaccar von Suttner published several reports from the Russo-Turkish War of 1877-78, and Bertha keenly read reports from the battlefront and interviewed war-weary military personnel. She witnessed war’s ruination of the human spirit, and this had a profound impact on her. Her conviction that peace was an essential prerequisite for human existence is underpinned by her observations of the Russo-Turkish War and the trauma it wrought on the people of the region.

During her time in the Caucasus, Bertha started her journalistic career under the pseudonym B. Oulot, short for her nickname ‘Boulotte’, given to her by the Suttner family. She wrote short stories and essays on the lives of the Georgian people, which were published in several Austrian newspapers. Influenced by the writings of Darwin, Immanuel Kant, Henry Thomas Buckle, Herbert Spencer and Leo Tolstoy – and no doubt by her observations of the depredation of war on the body politic – she expounded in Das Maschinenzeitalter (The Age of the Machine), her first serious literary work, the idea of a progressive society characterized by peace.

In 1887, at the age of forty-four, she learnt about the International Arbitration and Peace Association, founded by Hodgson Pratt in London in1880, after stumbling on a record of one of the association’s meetings. It was a revelation for her. Bertha later wrote of her surprise upon her discovery of this dedicated organization for peace: ‘What? Such a league existed? The idea of justice between nations, the struggle to do away with war had assumed life? The news electrified me.’ Thus, her quest became clear to her, and she would dedicate her life to championing ideals that negated the very materialistic and aristocratic traditions that had pervaded her life until this time.

Bertha’s literary talent would serve her and her ideals well. Her book on the age of the machine attracted wide acclaim. It was published under the nom de plume ‘Jemand’ (Anyone), as Bertha felt that, in those rather sexist times, it would not be taken seriously if she published it under her own name. The book envisioned a society that would achieve progress through peace; and with astonishing prescience, Bertha foretold the results of exaggerated nationalism and advanced armaments.

She stepped into the limelight of the peace movement in 1889 with her pacifist novel Die Waffen nieder!  (Lay Down Your Arms!). The title was provocative and offensive for those who cherished militaristic traditions, but its implicit denouncement of war was welcomed by the general public, who embraced the book as entertainment but understood its message nonetheless. The book was translated into twelve languages and published in an astonishing thirty-seven editions, and, through it, Bertha became a household name. Die Waffen nieder! influenced all sections of society; so much so that the Austrian Finance Minister Julian Dunajewski, in a debate in parliament about the military budget on 18 April 1891, remarked, ‘There has recently appeared a book called Die Waffen nieder. I can only advise the gentlemen to devote a few hours to the reading of this novel. Anyone who then still has a predilection for war, I can only pity.’

Numerous eminent intellectuals of the time were also impressed with the book. Tolstoy was much enamoured of Bertha von Suttner’s novel and its pacifist themes. He expressed high hopes for the work in a letter to her, in which his admiration for Bertha is manifest:

I was just reading your novel Die Waffen nieder!, which Mr Bulgakof had sent me when I received your letter. I greatly appreciate your work, and the idea comes to me that the publication of your novel is a happy augury.

The abolition of slavery was preceded by the famous book of a woman Mrs Beecher Stowe; God grant that the abolition of war may follow upon your book. I am just about finishing a treatise on this subject in which I discuss the only means which, in my opinion, can render wars impossible. Nevertheless, all efforts dictated by a sincere love for humanity will bear fruit, and the congress at Rome, I am certain, will contribute much, just as that at London last year did, to popularize the idea of the flagrant contradiction in which Europe finds itself – between the military status of the nations and the Christian and humanitarian principle which they profess.

Receive, madame, the assurance of my sentiments of genuine esteem and sympathy.

Bertha’s compelling narrative became one of the nineteenth century’s most influential books, and after its publication, she never looked back as a woman of peace. Thereafter, the cause of peace became an overriding passion for her; she began to devote all her time, energy and writings to furthering peace. Though Bertha had served Alfred Nobel as secretary for but a brief period, she remained in constant touch with him through regular correspondence until his death in 1896. He was among the many eminent admirers of her work. Importantly, she convinced him to leave a legacy for peace (To honour and support “Champions of peace” as Nobel wrote in his testament).

From a tireless but struggling author, Bertha transformed herself into a crusader for peace. Bertha von Suttner indelibly left her impression on the world. She was simply ahead of her time. She was a prototype feminist, in an era when the concept of feminism was nascent.  She moved in the world of men as an equal, and was admired as such. She advocated the union of Europe, which was to occur nearly eight decades after her death. She helped plant the seed for the International Court of Justice. And she argued for women’s dignity and equality with men with a directness and aplomb that is the envy of many later feminists. In 1894, she opined in one of her articles that biological differences should not be the basis for ethical differences. She observed, ‘After all, the racecourse mare does the same task as the horse; the bitch in the hound pack hunts as the dog does. Man and woman are born equal and should have equal rights.